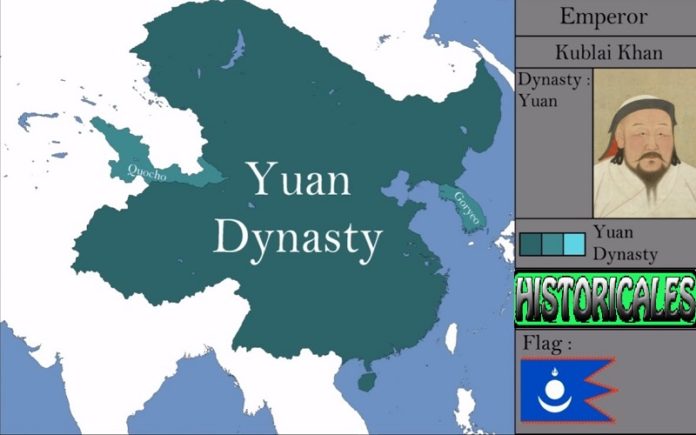 Who was Kublai Khan

Kublai Khan was the son of Tolui and Sorghaghtani Beki and also the grandson of Cengiz Han. When the Mongols conquered the Jin Dynasty in 1236 CE, Hebei was given to Tolui family in which Kublai Khan was also given a state. The eldest brother of Kublai Khan, Mongke Khan became the Great Khan in 1251 CE. Kublai Khan was given the viceroyalty over North China. In 1259 CE, when Mongke Khan died, Kublai Khan was his only rightful successor. He had proved himself in a lot of campaigns while conquering Syria and south-western China. But some were others who sought to rule also.

Ariq Böke, who was Kublai Khan’s brother was also desirous of becoming Great Khan. So, there started what we called the Toluid Civil War (1260-1264 CE). It was a great threat that Kublai had to face along with the external enemies. It was the time when there started the splintering of the Mongol lands. So, the Mongol Empire was divided into sub-khanates, Ilkhanate in Persia (Muslim-Berke Han), the Chagatai Khanate of Central Asia, the Volga’s Golden Horde, and the Kublai’s lands prevailing in China.

After a long struggle of 4 years, Kublai’s succeeded in defeating Ariq Böke in 1264 CE and started military campaigns in southern China which was called the Song Dynasty. The Song was a modern empire of that world having a lot of advanced technologies relatively. It also became the reason for Kublai to conquer it. They weren’t empty-handed as they were also having strong resistance against Mongols from several years. As we are also aware of the Great Wall of China, which was also build during the same era. This war lasted for many years. They were having a strong defense, so Kublai decided to cut off the supply routes to the Song Dynasty. It wasn’t an easy task for a military commander who was grown in steppes.

By 1273 CE, Kublai succeeded in overcoming the fortified city of Xiangyang. After which their realms started falling apart politically. And finally, in 1279 CE, the Song Dynasty of southern China was completely conquered by Kublai Khan. China was united under one command for the first time in history. When the Song Dynasty started falling to Kublai, he announced himself as a new emperor of a new dynasty which was named as Yuan Dynasty, which means the Great Origin. To fully occupy the lands as well as the public, he adopted their culture. He formed a team by including the local advisors who can help him in the administration tasks.

Liu Bingzhong was the most important advisor of Kublai Khan. He succeeded in persuading him to shift the capital from the Karakorum to Shangdu. It was the time when Marco Polo (Venetian traveler) met with Kublai Khan while getting attracted by the lavish facilities of the capital. Marco Polo’s fame started increasing after serving in the court of Kublai Khan. Later, Kublai shifted the capital to Dadu (today Beijing) to centralize his empire more in Chinese territory. Kublai’s later reign is dependent on the foreign advisors and non-Mongol military including the failed attempt of conquering Japan in 1274 and 1281 CE and successful attempt of conquering Burma and Vietnam.

Kublai Khan died at the age of 79 years, in 1294 CE. He had already called his grandson Timür as his successor. He also said that he should be buried alongside his grandfather Cengiz Han in Burkhan Khaldun, Mongolia, which also states that despite living in China for several years, his heart belonged to the Mongol steppe.

The establishment of the Yuan Dynasty was his greatest achievement. But there existed a racial discrimination between the Mongols and the Chinese at that time. Chinese were regarded as inferior to Mongols. It also became the major reason for destabilizing Mongol rule in China. It was no doubt that Kublai left a prosperous and stable empire but Yuan Dynasty survived less than a century after him.